Picture Postcard for Martha was the first computer artwork I made for my Master’s thesis, which I started in 1983. This thesis was an investigation into making unique images that combined the low resolution graphics on the new “color” Apple II computer with traditional photographic elements. I would photograph the computer screen from the back of the room with a telephoto lens to minimize the curvature of the CRT monitor. I used slide film, which I would then take into the darkroom to produce composite images combining traditional and computer images. Sometimes the resolution of the pixels was too coarse, so I would move the camera to blur the image, or place low tack Zipatone screens on the monitor to give the illusion of more pixels. The red wiggly line in some is actually the monitor light tracing the path I moved the camera during the long exposure! The full (but short) thesis can be downloaded here: Morie MFA Thesis 1984 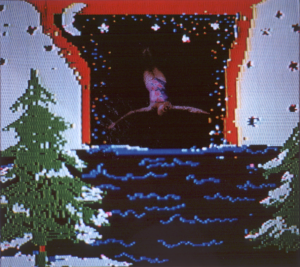 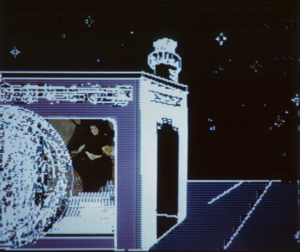 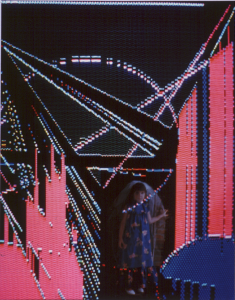 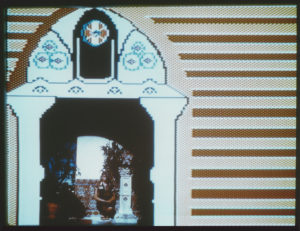 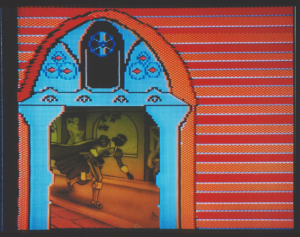 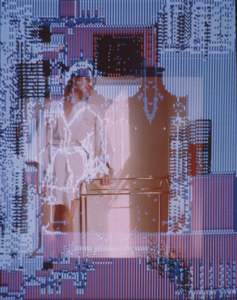 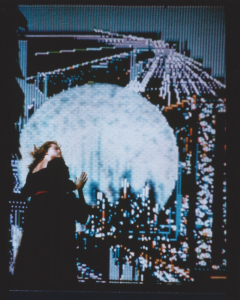 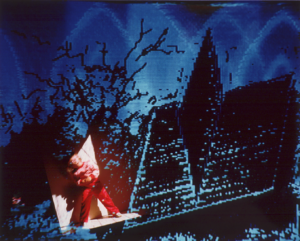 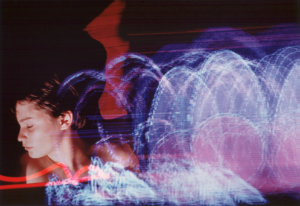 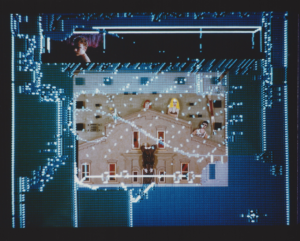 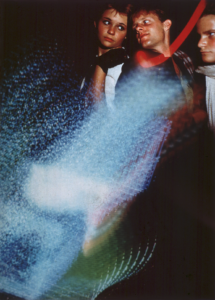 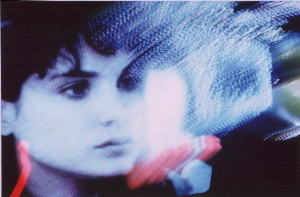 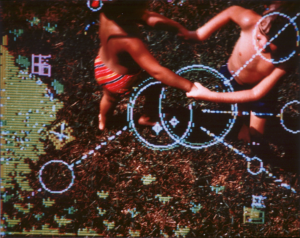